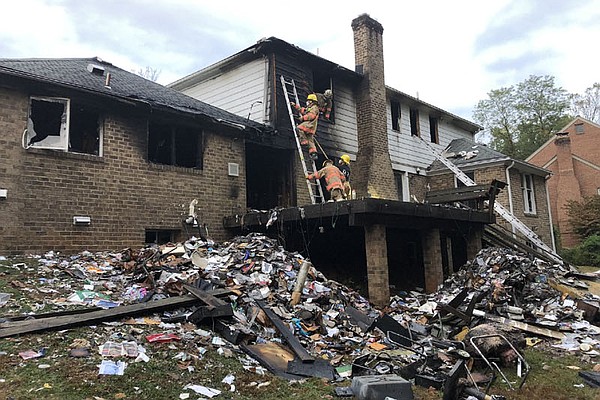 More than 80 firefighters responded to an early morning house fire on Persimmon Tree Lane in the Carderock Springs area. The fire was caused by an unattended pot on the stove, said Pete Piringer of Montgomery County Fire and Rescue. The sole occupant discovered smoke and could not access the phone in the kitchen, but went to neighbors to call 911. The resident likely left the door open, Piringer said. There was no working smoke alarm, and hoarder conditions complicated firefighting efforts, Piringer said..

Firefighters will return to the neighborhood in coming days to talk to neighbors and test smoke detectors. Check yours.

Carderock Springs @MontgomeryCoMD @mcfrs is involved in more than putting out fires & taking people to the hospital. Area FFs are engaged w/ Safety in Our Neighborhood program: buff.ly/2ublamW ‘After-the-Fire’ Safety Surge Checking Smoke Alarms - Put a Finger on It!