2019 Herndon Homecoming Parade, ‘Into the Future’ 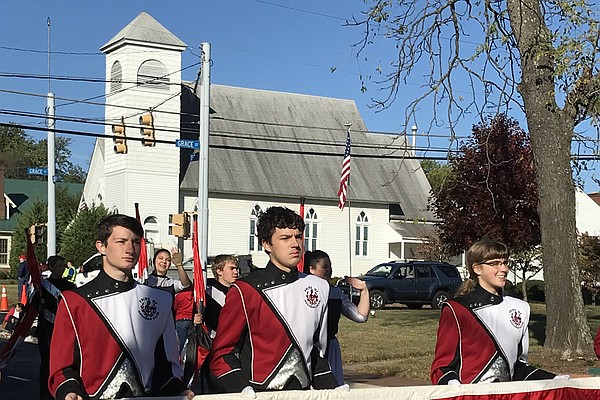 The 2019 Herndon Homecoming Parade, themed “Into the Future,” kicked off Saturday morning, Oct. 19. More than 1,500 participants in 66 units participated in the parade, according to a town spokesperson. Participants started at Herndon Middle School on Locust Street and marched down Elden Street to the Town Hall Square.

A long-time Herndon tradition filled with school spirit and neighborly camaraderie, friends and residents knew what to do. They lined the sidewalks of Elden Street with folding chairs, wool blankets and brought along snacks and drinks. Children brought bags to catch the tossed candies. Other viewers gathered at porch parties. All came to celebrate and support everything Herndon High – the Herndon Band: The Pride of Herndon, members of Homecoming Court, class floats, and more in preparation for the 1 p.m. football game against McLean High School.

What set the 2019 Herndon Homecoming Parade apart from other parades appeared to the welcoming spirit of organizers, allowing private citizens and community groups to formally march in the parade, and shine a spotlight on their passions. Among the many-featured units was Model Nepali Society, U.S.A.; Into the future with Opportunity Neighborhoods, Cornerstones; Herndon Village Network and Clearview Elementary School.

Elizabeth Vosseller watched the parade go by, removed her sunglasses and wiped tears from her eyes. Not usually given to emotion, Vosseller grinned and said,

"It makes me cry because I live here, in this dorky little town. And I love it."