Additional land open for a park element that would attract tourism. 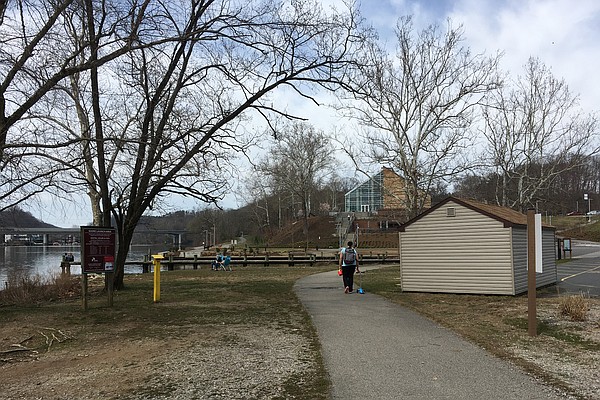 In an effort to catapult the southern portion of Fairfax County further into a tourist destination, a request for proposals (RFP) was passed recently

“to design, finance, construct and operate a unique regional recreational facility at Occoquan Regional Park,” the RFP language read. This “unique regional recreational facility in the Park that will attract at least 200,000 visitors a year and that will offer an attraction that is substantially different from anything currently available within at least a one hundred mile radius of the park,” it said.

This unique recreational facility could be a number of things that could be built on the additional 30 acres of buildable park land the Northern Virginia Regional Park Authority recently opened, and for now, the sky is the limit on what would go in the park. As long as it is compatible with the project scope, it says in the county’s document. “The Authority’s vision is to create a unique destination that will complement both the planned indoor ski facility to be developed on the adjacent property and the existing facilities in the park,” their document states.

Paul Gilbert, the executive director at NOVA Parks, said there was interest by a couple of companies to build "new major attractions in the back of the park," he said in an email, but fell short of saying what the new attractions were. He hinted that they were an "aquatic type of facility," and looked forward to seeing all the proposals. "They need to be big and unique," he said.

The current waterside park is dominated by ‘The River View’ event facility, Brickmaker’s Café, a 5K loop trail, an event pavilion and views of the Occoquan River. A facility to attract 200,000 people, as noted in the RFP, would seemingly require more parking and access roads as well. It wouldn't take much to create a traffic standstill on the one park access road from Ox Road that is currently used to enter the park. Addressing the additional traffic is one of the points on the RFP. The RFP was issued in early February and the proposals are due at noon on Friday April 3. (Dates may be changed at this point due to the coronavirus pandemic.)

Supervisor Dan Storck (D-Mount Vernon) is watching this closely as well. Storck has been behind the effort to enhance tourism in southern Fairfax County, and recently formed a tourism task force for this effort.

The park went through a renovation in June 2018, and is close to the area where the proposed indoor ski facility will go and right next door to the Workhouse Arts facility, so the stage is set for development in this part of the county.

“Fairfax County’s economy is diversified by a significant Travel and Tourism economy, driven by our amazing tourism assets. We are so fortunate to have an amazing Parks infrastructure for both residents and visitors alike to enjoy and experience. If NOVA Parks can attract a unique and dynamic new recreational facility that will attract hundreds of thousands of people a year, the benefits will ripple throughout the economy of our area,” remarked Barry Biggar, President/CEO of Visit Fairfax.

In the RFP, NOVA Parks is looking for a plan for the development of the project that is compatible with certain parameters. They are looking for key elements of the concept plan to include: