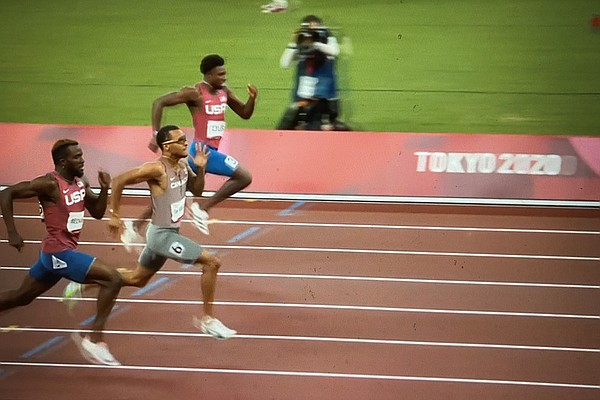 Alexandria’s Noah Lyles, one of the most talked about athletes leading up to the Tokyo Olympic Games, left the world’s biggest athletic stage with a bronze medal in the men’s 200-meter final Aug. 4 at the Olympic Stadium in Tokyo.

“I’ve dreamed of being on this track for five long years,” Lyles said after his semifinal heat Aug. 3.

Lyles was a high school standout at what was then T.C. Williams High School, where he graduated in 2016. His younger brother Josephus, also a professional sprinter, joined their mother Keisha Cain Bishop at Alexandria City High School Aug. 2 where the Lyles Brothers Sports Foundation sponsored a watch party to cheer on Lyles during his qualifying 200m heat.

Lyles still has a chance for a gold medal Aug. 6 when he is expected to run in the men’s 4x100m final.