Donna Teepe: Memories and Moving On 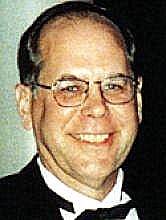 This story originally appeared in the Sept. 7, 2006 issue of Centre View, being reprinted this year for the 20th anniversary of 9/11.

Centreville's Donna Teepe is a grandmother for the first time, and proud of it. But it's a joy she can't share with her husband Karl because he was

A retired Army lieutenant colonel, he was 57 and had worked there 10 years as a civilian budget analyst for the Defense Intelligence Agency. When terrorists crashed a hijacked airplane into the Pentagon, Karl Teepe was in the center of the C ring; the plane's nose struck his office and split it in two.

Five years have passed since then and life has moved on for his wife and children. But it hasn't been easy.

"After a while, I stopped saying 'Why?' and wishing 'If only...' because that doesn't get you anywhere," said Donna Teepe. "I think I'm fine. But there are those little wishes and ifs, and I still miss him and I'm sure that'll never end."

The Teepes were married 34 years and raised two children, Wendy and Adam. Donna's the preschool director at Christ Presbyterian Church in Chantilly. And Karl, with an insatiable passion for learning, loved reading and taking classes. They lived in Centreville for two decades and were a close-knit family.

Now, as the fifth anniversary of the tragedy approaches, Donna still lives in their home and directs the preschool. "This is where my friends and job are," she explained. She said her occupation gives her "a purpose, friends to see and something to get up for."

She also finds comfort and pride in her family. Adam, now 27, took a year off from school to be with his mother after his father's death. He then got a master’s in Environmental Science at the University of California at Santa Barbara.

Afterward, he returned to Virginia to work for an environmental-consulting firm in Vienna. Wendy, now 33, works in the computer field. She and

In her spare time, Donna enjoys seeing friends and making Creative Memories scrapbooks. She also belongs to a support group of 9/11 survivors; and through that, she said, “I met a nice man. His wife died at the Pentagon, too. We date and do things together, and it's less lonely. The worst part of this whole situation is you're all alone.”

"I think about Karl every day," continued Donna. "Mostly, I miss his sense of humor. I find myself thinking, ‘I haven't laughed in a while,’ and that’s sad because I like to laugh. But my son is a lot like him and laughs at my jokes. Basically, I'm a happy person, and I think that's a good way to be."

As for her new friend, she said, "We talk about getting married, but I don't know." It's been helpful, though, sharing their thoughts about the losses of their spouses.

"We can understand how the other feels," said Donna. "We're about the same age, and he has two daughters who are going through the same problems of losing their mom as my children are, after losing their father."

But she didn't begin the relationship lightly. Instead, she said, she finally allowed herself to not feel guilty about having feelings for someone else, because she knows it doesn't take away from anything she and her husband shared.

The support-group members initially met once, every other week, with a facilitator. Now, they've all become friends and get together socially, too. At first, said Donna, “We just talked about issues upsetting us, at the time, and it’s amazing how talking it out can help you. About a year-and-a-half after Karl had been killed, I went into a meeting and said, ‘The future isn't here like it was supposed to be.’ And they said, ‘That’s right; it’s the same for us.’ But I felt better having expressed that.”

She also shared her grief with her daughter, telling her how she wished Karl were there to see their new granddaughter, and Wendy said she did, too. “Karl and I knew each other in high school, and I couldn't see my life without him,” said Donna. “But life does go on, and I'm glad I have my children and my friend. He provides another addition to my life, which is good.” (2021 update: The couple is now engaged).

As for the fifth anniversary of 9/11, Donna doesn't see it as any more meaningful than any of the others. “I think about it because I think about Karl,” she said. “I’m glad they’re doing the Pentagon Memorial to honor Karl and the others who lost their lives, and that people won't forget that this happened. But it’s not like he can come back.”