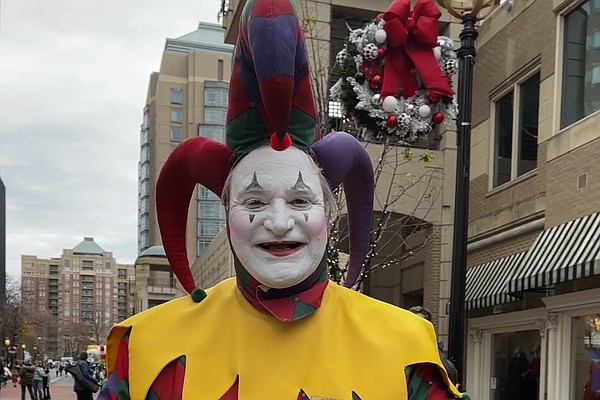 Hours before the 31st annual Reston Holiday Parade passed through Reston Town Center along Market Street, families and couples placed chairs curbside along the half-mile route to guarantee a good view of the festivities.

The parade featured over 30 groups of musicians, dancers, and characters, from the Jokesters to Snowettes, who performed amid Macy-style helium balloons. And let's not forget Santa and Mrs. Claus in their horse-drawn carriage as the grand finale. The Clauses rejoined the festivities later that evening for the Tree Lighting at Fountain Square.

Ticketed horse-drawn carriage rides started on the day of the parade and will continue every Saturday until Christmas. Check back weekly when tickets become available. One $30 ticket per party of five to six persons is required.

Mini-train rides are available on Sundays. 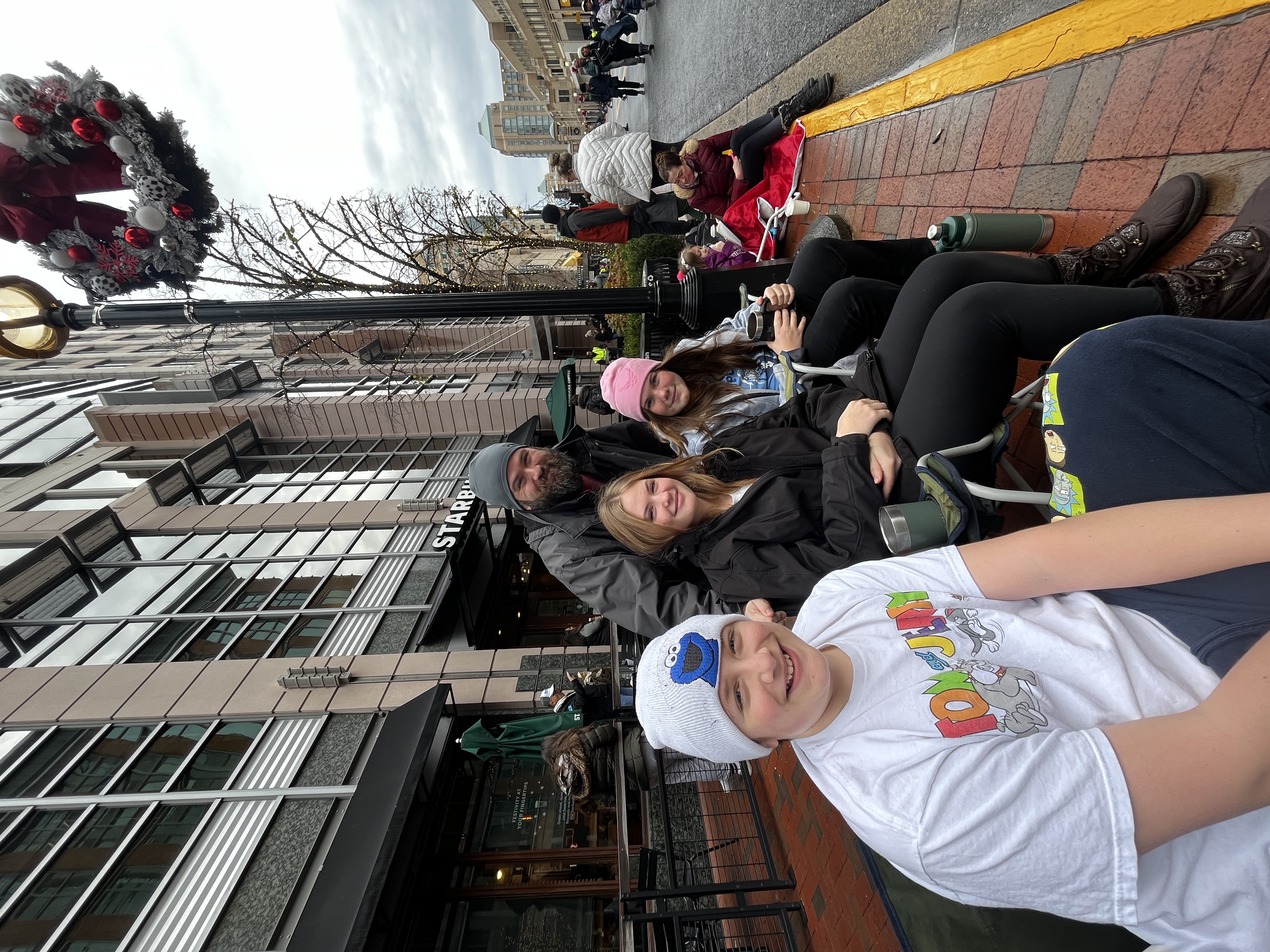 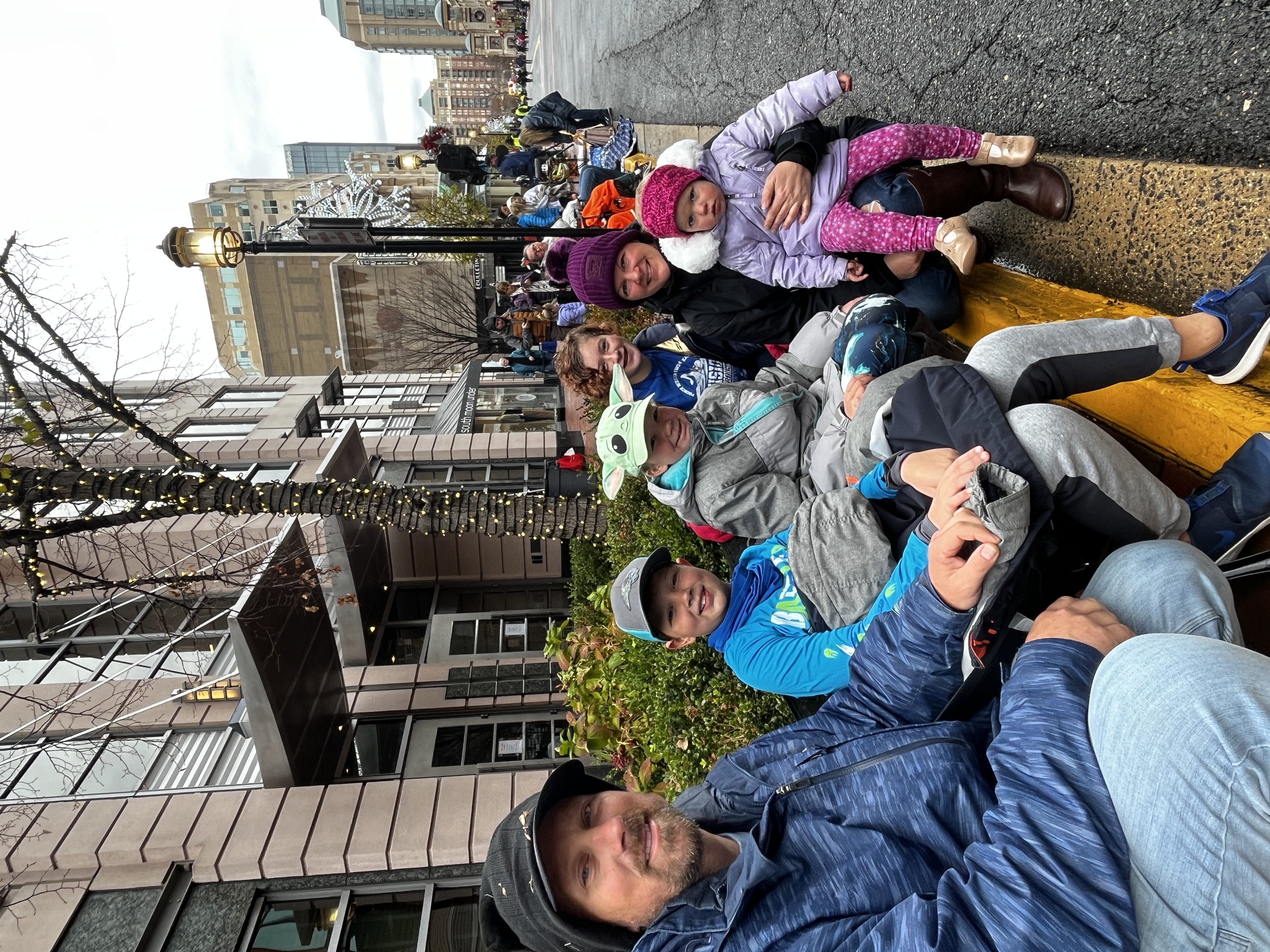 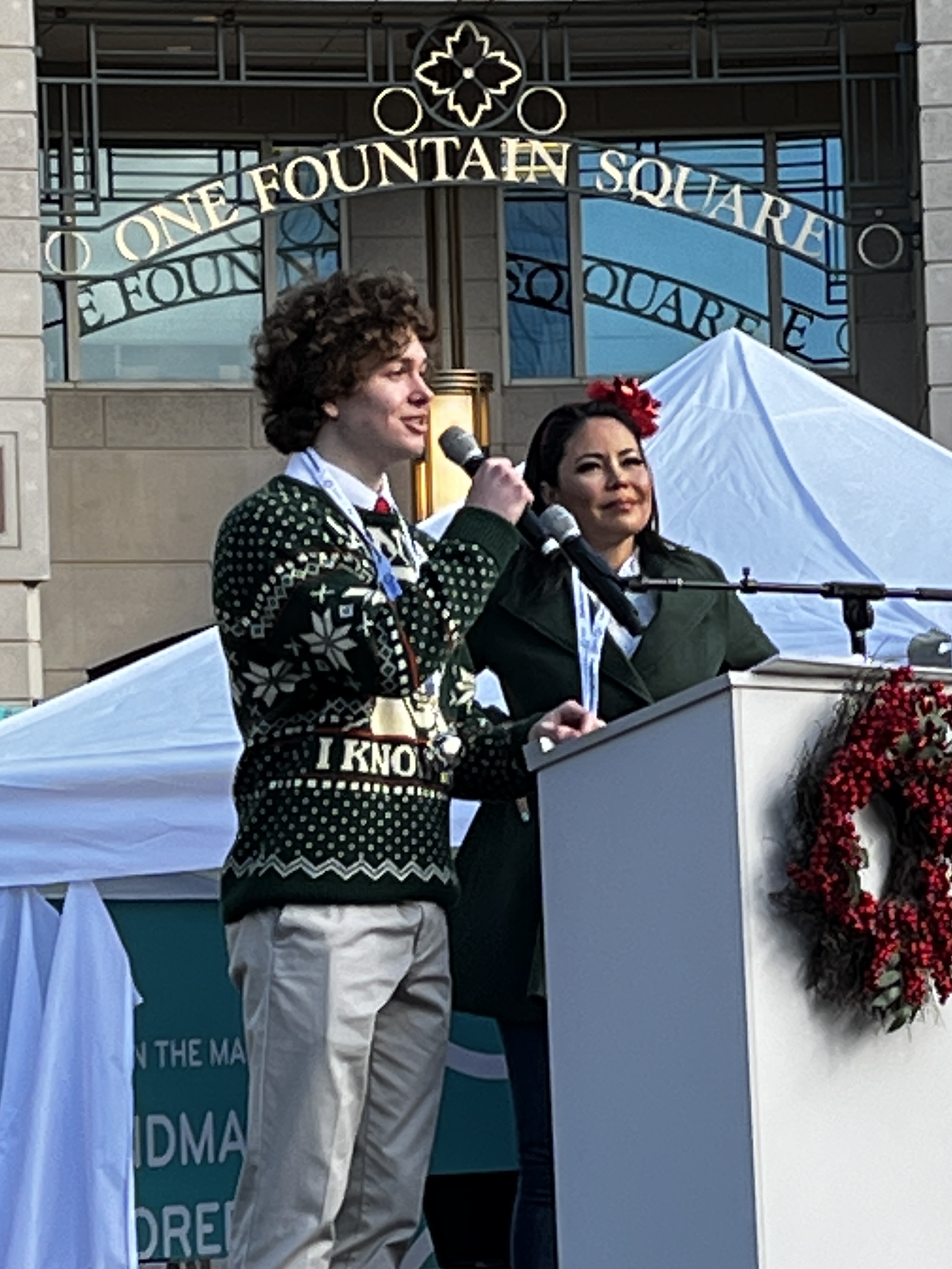 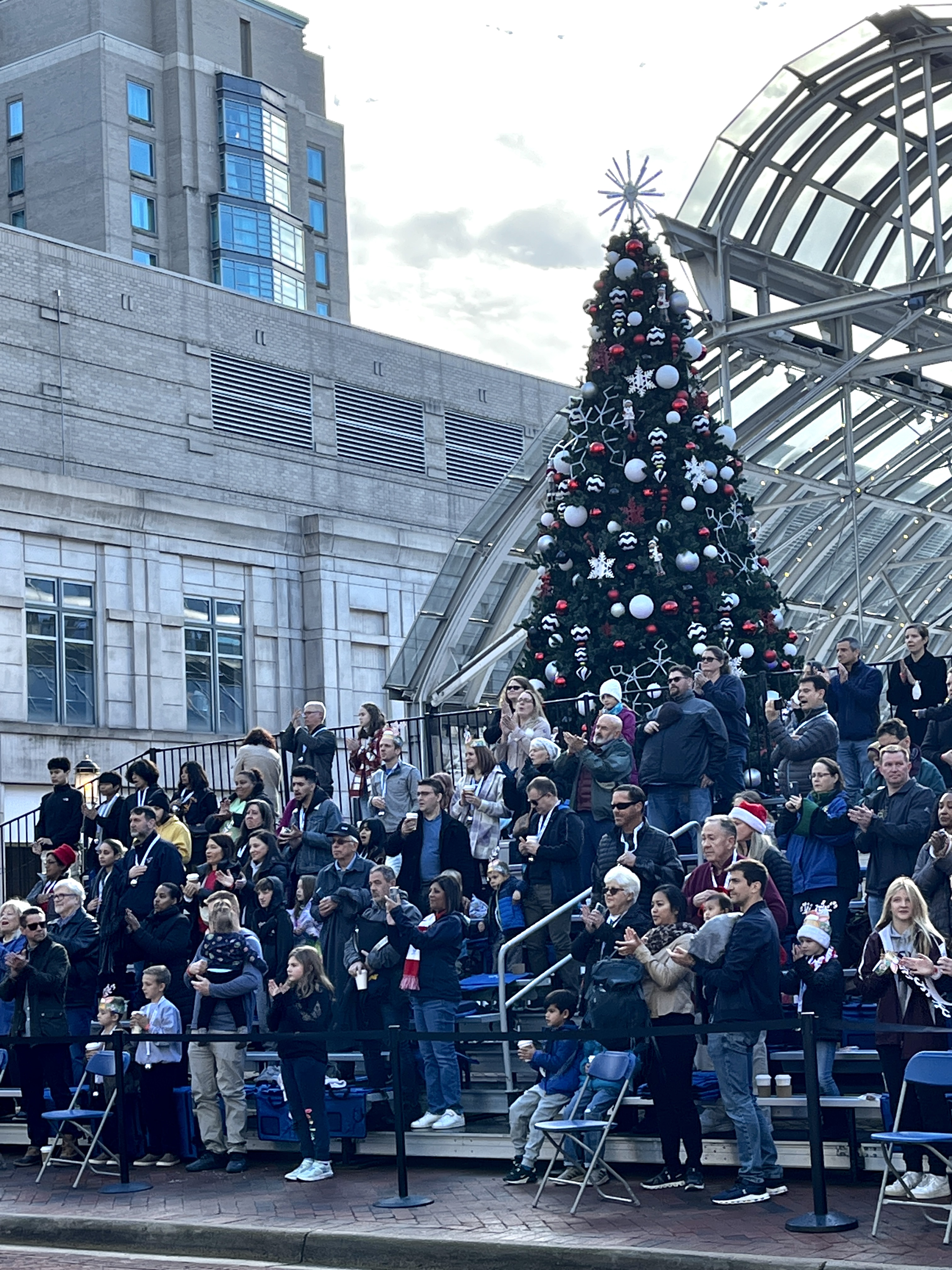 The crowd at the Fountain Square Bandstand applauds. 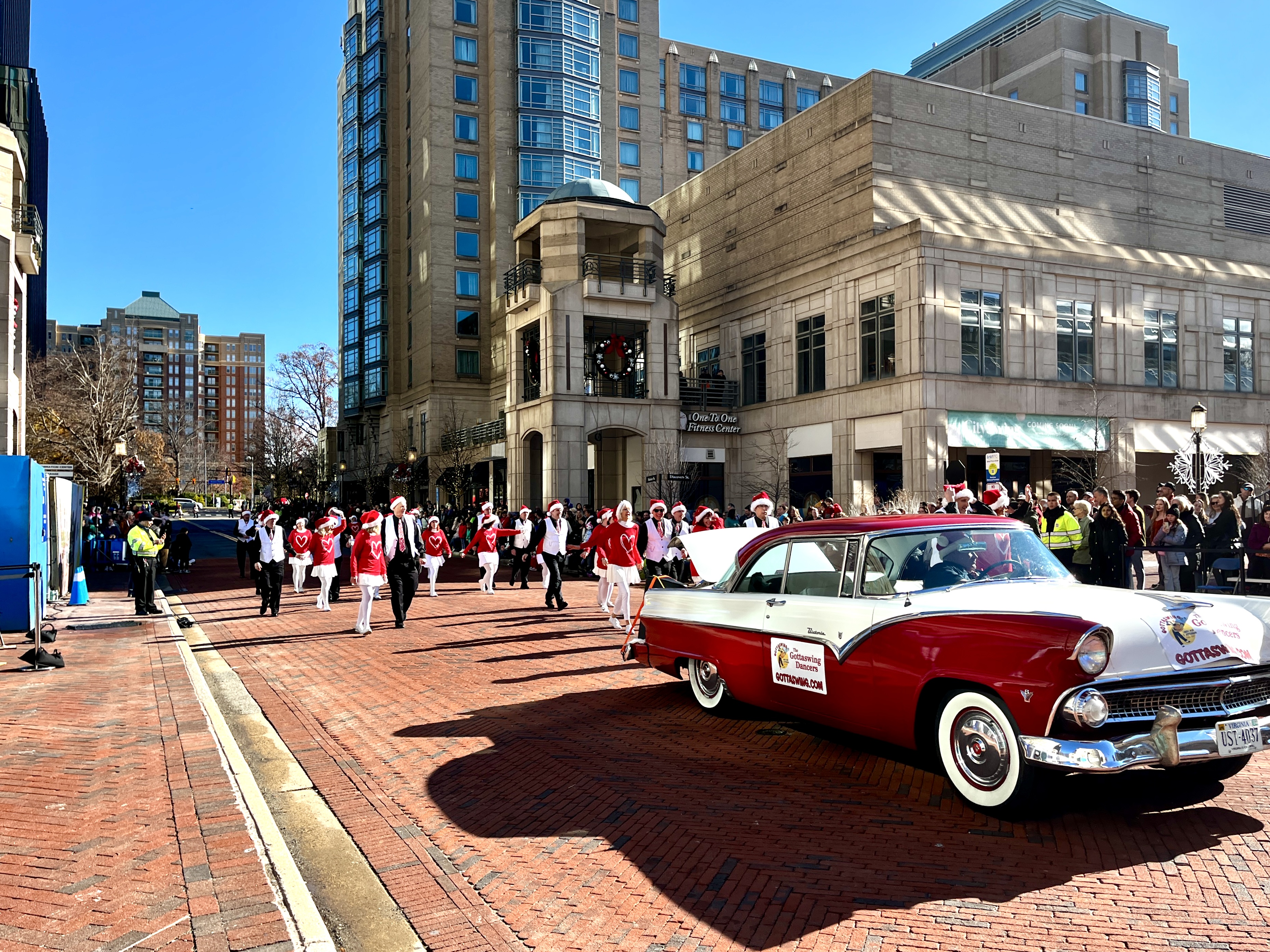