Get in the Christmas Spirit in Centreville 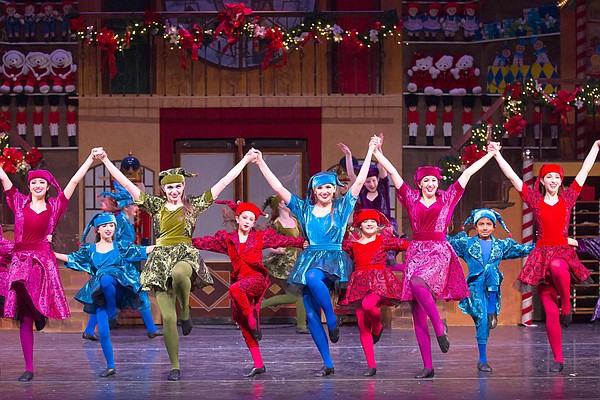 Bursting with holiday cheer and happiness, “The Perfect Christmas List” is Encore Theatrical Arts Project’s upcoming extravaganza. Led by director and choreographer Raynor van der Merwe, each year the Chantilly-based dance company presents an original, Broadway-style, Christmas musical to the delight of all who see it.

Every year, an Elf of the Year at the North Pole is chosen to be part of the wish-fulfillment squad, helping Santa select and deliver a gift to one special child. This year, head elf Harvey announces that elf Chip’s younger sister, Ginger. is the winner, Upset he wasn’t picked, Chip tries to worm his way into the program – and chaos and mischief ensue.

Encore veteran Scott Dees and daughter Carsten wrote the story, along with Encore grad Becca Perron. The cast of 30 has been rehearsing since August, and the scenes take place in New York City by a gigantic, lit-up Christmas tree and inside Santa’s workshop at the North Pole. 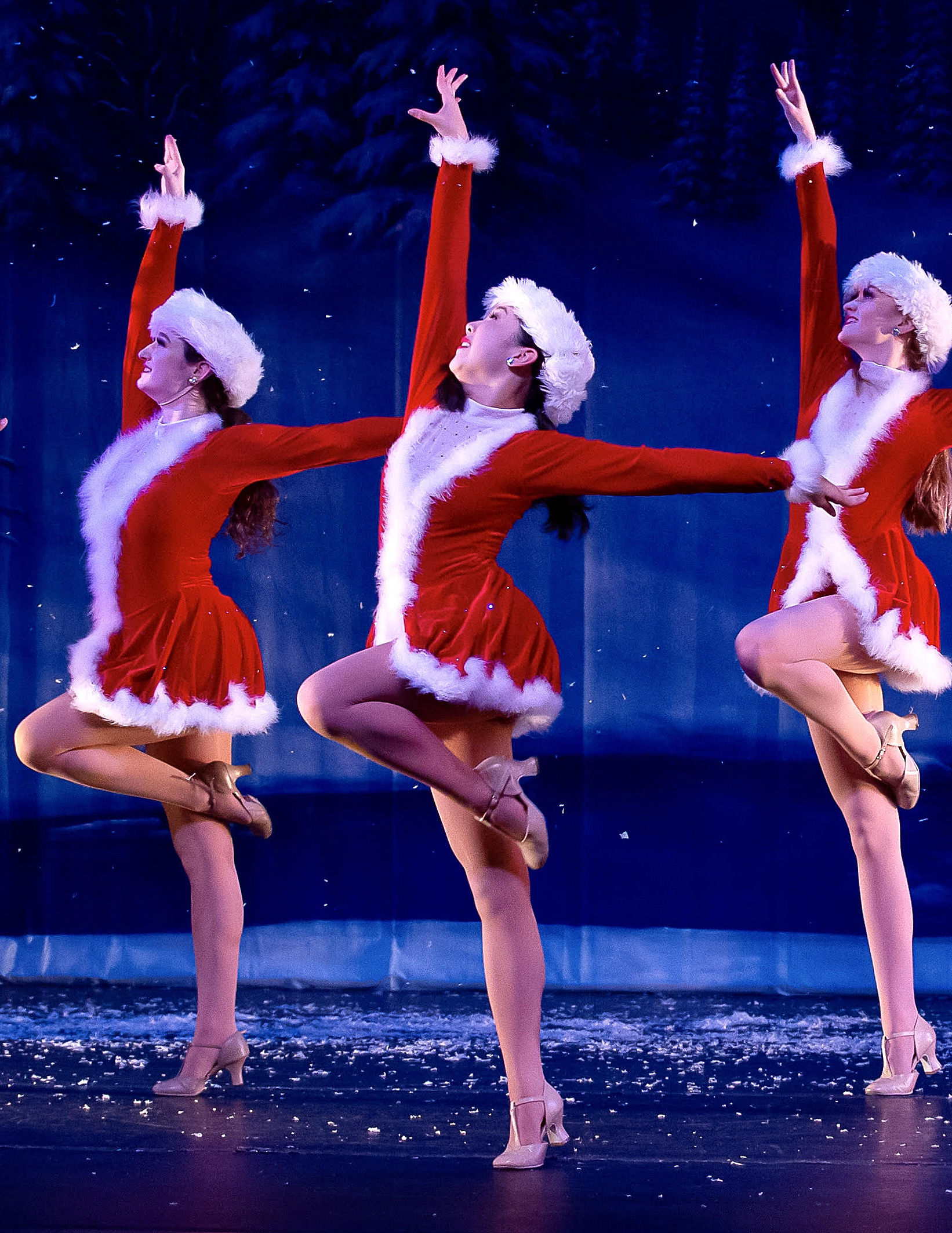 “We also have a phenomenal cast of Encore dancers who sing and act, as well, and are so disciplined and dedicated,” continued van der Merwe. “The audience will really enjoy this fast-paced show that’ll keep them on their toes. It’s for all ages, and we have some specialty numbers, such as, ‘Naughty Nice List,’ that’ll have people wondering, ‘How’d they do that?’ I always find Christmas songs that further the story, but that you won’t always hear on the radio, along with several traditional holiday songs.”

Dancing since age 8, Chantilly High senior Caeley Duong is in her sixth year with Encore and plays elf Sprinkles, as well as one of the elfvestigators. As Sprinkles, she wears an apron and chef’s cap and likes baking cookies. “And since cookies and baking are a big part of Christmas, she’s essential at the North Pole,” said Duong. “As an elfvestigator, we all wear fedora hats and carry flashlights.

“My character is the lead elf investigator, is bossy and knows what she’s doing. She’s also assertive and organized. I’m excited to play her in the dance and then say my lines. In the “Elf Lounge” dance, all the elves are investigating why an alarm keeps sounding at the North Pole. It’s calmer than the other numbers and has a jazz vibe and other nuances.”

Duong said the audience will like the show’s interesting storyline and diverse group of dances, including many new ones that give it a “new, fun energy. Plus, we have some returning dances from previous years that repeat audience members will remember and will enjoy seeing again.”

Chantilly senior Maddie Spiewak has danced for 13 years, 10 with Encore. She plays elf Tinsel, who works in the North Pole mailroom with her best friend, elf Sparkles. “Tinsel is kind of bossy and takes ownership of what she’s been asked to do, which is to fix a mail truck with Sparkles,” said Spiewak. “It’s fun because I get to break out of my normal life; and as an elf, I’m filled with Christmas spirit and am joyful all the time.”

Her favorite number is “Ragdolls,” with dancing Raggedy Ann and Andy dolls. “You get to add a character and personality into the dance,” she said. “And it’s a fun number to do.” Spiewak said this show will appeal to everyone and the story is different from previous years because “it’s about making a child’s wish come true, instead of being about Santa. And it’ll get everyone in the Christmas spirit.”

A dancer since age 7, Ryleigh Hoag says music’s always been a big part of her life. “I’m also a singer and piano player,” she said. “And dancing incorporates music and is a nice way to express myself. In the show, I’m a quirky elf called Noel who’s a coal miner, gets stuck in the mine and has to be rescued. It’s really fun, and I like interacting with Noah [Chip] who’s a professional and amazing actor. I also enjoy being a goofy, spirited elf.”

Hoag especially likes the “Soldiers” number, a tap dance inspired by the Radio City Music Hall Rockettes. “We wear red, white and gold jackets, white trousers and white hats with tall, red feathers,” she said. “We get to wink and smile and show our personalities, and then we collapse onto each other at the end.”

Hoag said the audience will appreciate the “bright and colorful background scenery, and the costumes are really pretty. This year, we have a lot of toy costumes and props, and there’ll even be snow and a sleigh. And the little kids will like seeing a younger person playing a big role.”

That young person is Emma Packard, 10. Dancing since age 4, she said, “I enjoy performing onstage for an audience – dancing makes me feel like sunshine. I play one of the leads, elf Ginger. With important people like Santa, she’s shy; but normally, she’s friendly and energetic.”

Emma loves playing her because “Ginger has a bunch of fun lines and I like being funny. It’s my first time being in Encore’s Christmas show, and I’m really excited. I’ve worked hard to get into the performing company, and I’m really happy I did it.”

Her favorite song is “Mailroom” because, in it, she acts and does jazz dancing while choosing a file with the name of a child whose wish will be fulfilled. Overall, she said, “It’s a cheerful show with lots of great songs, and everyone will enjoy it.”